The case for exceptional relief amid a pandemic | Feature

The coronavirus has brought into the limelight – from relative obscurity – a little relief, which has been with us for decades in various forms, and has given it a suddenly increased importance. 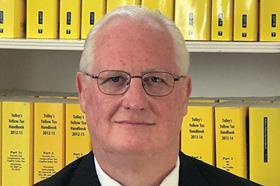 The Statutory Residence Test (SRT) gives a very limited relief for exceptional circumstances (the exception). In this article we examine an example, based on an actual case, of an individual taxpayer (Charles) who on a short visit to the UK, to organise his approaching marriage in Portugal, found himself unable to leave it due to the imposition of US entry restrictions. Charles had lived in the UK all his life until he left the UK in March 2019 to work in Houston.

Under the SRT a day counts as a day spent in the UK if at the end of a day an individual is present in the UK. This is the Basic Day Count Rule. A day falls within the exception if five conditions are satisfied:

(i) the individual would not be present in the UK at the end of that day but for;

(iii) beyond his control;

(iv) which prevent him from leaving the UK; and

(v) he intends to leave the UK as soon as those circumstances permit.

On 8 March 2020 HMRC published guidance in respect of coronavirus and the exception which did little more than restate the exception by reference to circumstances caused by the pandemic which were clearly exceptional.

The exception only applies to treat ‘a day spent in the UK’ as not counting as such a day. It does not apply, for example, to treat a day on which an individual performs work in the UK as being a day on which he does not. The maximum number of days in a fiscal year which may be discounted under the exception is 60 (the sixty day limit).

Does the exception apply?

Does the exception apply to Charles in 2020/21? We shall consider each of its five conditions in turn.

(i) Would Charles have been present in the UK if the exceptional circumstances had not occurred?

When Charles came to the UK on 14 March to finalise the arrangements for his marriage, he intended to go back to Houston on 7 April, to return to the UK on 18 May and to fly to Portugal on 20 May. After his marriage he intended to return to the UK on 9 June and to leave again for Houston on 14 June, In the current fiscal year, therefore, there will have been eight days (6 April, 18 and 19 May and 9 to 13 June inclusive) when he did not satisfy the first element because he would have been in the UK even if the entry restrictions had not been imposed.

(ii) Were there exceptional circumstances?

The imposition of entry restrictions by the US government was an exceptional circumstance.

(iii) Were the exceptional circumstances beyond Charles’ control?

The imposition of entry restrictions was clearly beyond Charles’ control.

(iv) Did the exceptional circumstances prevent Charles from leaving the UK?

Strictly, Charles is not prevented from leaving the UK by the imposition of the entry restrictions. He is prevented from entering the US. It seems from HMRC’s guidance, however, that HMRC regards the fourth condition as satisfied if the individual is prevented from reaching his intended destination in another country even if it would be possible for him to leave the UK and to go to a third country.

(v) Does Charles intend to leave the UK as soon as the exceptional circumstances permit?

The relevant intention is the intention existing on each day in relation to which it is to be determined whether the exception applies. Once the travel restrictions had been imposed Charles was determined to return to Houston as soon as an opportunity arose.

Charles returned to the US on 31 August 2020 having spent 147 days in the UK in 2020/21. Of those, 8 days did not satisfy the first element of the exception so there were 139 days which, were it not for the sixty day limit, would not have counted as days spent in the UK for the purposes of the SRT. Because of the sixty day limit, however, only 60 of these days do not to count as days spent by Charles in the UK and so, in 2020/21, 87 days count as days he has spent in the UK.

An individual is resident in the UK for a year if either the Automatic Residence Test or the Sufficient Ties Test is met.

The Automatic Residence Test is met if:-

(a) one of the four Automatic UK Tests is met; and

(b) none of the five Automatic Overseas Tests are met.

Charles does not meet the First, Second, Fourth and Fifth Automatic Overseas Tests. He also does not meet the Third Automatic Overseas Test which concerns overseas work because he worked more than 3 hours in the UK on more than thirty days in 2020/21. He did so only because he had to continue to work for his employer whilst he was unable to leave the UK.

Charles does not meet the First or Fourth Automatic UK Tests. Nor does he meet the Second Automatic UK Test, which concerns individuals who have homes in the UK, because, although he had a home in the UK, he also has a home in Houston in which he will have spent more than thirty days by the end of this fiscal year. Nor does Charles meet the Third Automatic UK Test, which concerns work in the UK because there will be long periods in the fiscal year, greatly exceeding thirty days, in which he will do no UK work because he will be in Houston.

Charles does not, therefore, satisfy the Automatic Residence Test.

One must, therefore, consider the Sufficient Ties Test. An individual meets this test if he has sufficient UK ties for a year.

Because Charles was resident in the UK for one or more of the three fiscal years preceding 2020/21, there are five ties which Charles might have. They are:-

(b) the Accommodation Tie;

An individual has a Family Tie if he has a relevant relationship with another person and that other person is resident in the UK. An individual has a relevant relationship with, inter alia, ‘their partner if they are living together as husband and wife …’. The legislation provides no definition of this phrase. It is probable that a couple who are present in different countries for a substantial period for work reasons without that separation affecting the fundamental nature of their relationship can be living together as husband and wife in spite of the long period spent physically apart. That is Charles’ situation so Charles has a Family Tie.

An individual has an Accommodation Tie if he has a place to live in the UK and:

(a) it is available to him for a continuous period of at least 91 days during the relevant fiscal year; and

Charles has a home with his fiancé, Henrietta in Newcastle which is available to him and in which he stayed from his return to the UK in March 2020 until he left the UK again in August. Charles, therefore, has an Accommodation Tie.

Charles has, therefore, 4 UK ties in this fiscal year. An individual who has four ties and who has been resident in the UK for any one or more of the three fiscal years immediately preceding the year concerned will meet the Sufficient Ties Test if he spends more than 15 days in the UK in the year. We have seen that 87 days count as days which Charles has spent in the UK and so he meets the Sufficient Ties Test.

The exception, because it applies only to modify the Basic Day Count Rule and not for other purposes of the SRT (such as determining where Charles has worked and whether he has been present in accommodation) and because of the sixty day limit, has not prevented Charles from having become unexpectedly a UK resident.