Law Against Loneliness: 10 June | The Lawyer

Image of the Day

The dispute resolution team at Fladgate had a 70s themed disco last week.

“There was an exuberant warm up, a 70s music quiz, best dressed prize but the highlight was a professional, Teena Alimchandani, teaching us the Staying Alive choreography over Zoom.”

Pinsent Masons PR chief Fred Banning has launched his own lockdown awards – The Cool 100 – celebrating excellence among non-lawyers in the legal sector.

He writes: “Who are the super-cool, unsung heroes driving change in the legal market who are not practising lawyers? It might be legal technologists, knowledge engineers, pricing brainiacs, marketing gurus, you name it. Who are the people whose tireless efforts – often in un-glamourous and under-recognised areas of the sector – who through operational excellence have helped position their firms’ lawyers to succeed amid the current crisis?”

“My request is simple: comment on who you think should be on the list and why. The comments that get the most ‘likes’ will then make the top 100. I’m afraid there is no gala dinner at the Grosvenor nor perspex gong for the mantelpiece. Instead, there is a little corner of the legal market that will simply recognise the efforts of the oft-unsung heroes.”

Give your shout-out to those non-lawyer heroes here.

Springwatch with The Lawyer

No court hearings today so a 4:40am start. It was utterly magical during the best part of the day. Not a breath of wind, no man-made sounds and a beautiful dawn chorus. Not a soul about, giving me time to view a roe deer and two hares all quite unaware I was watching them. pic.twitter.com/0r4J2Re67M

Dog of the Day

CMS senior associate Harriet Serpis writes: “This is Brinkley, our 10-year-old Bichon frise crossed with a Yorkie. He’s been busy during lockdown carrying out his duties as the family’s Perimeter Surveillance Operative.” 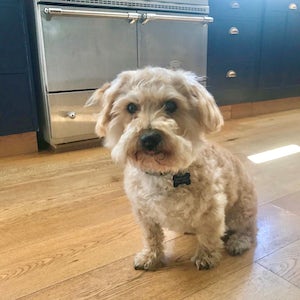 Gillian Fairfield of Slaughter and May writes: “Many have talked about projects for self-betterment during lockdown. Reggie (rescue tabby, and brother of Ronnie) tried to get in to poetry, but found it a bit much…” 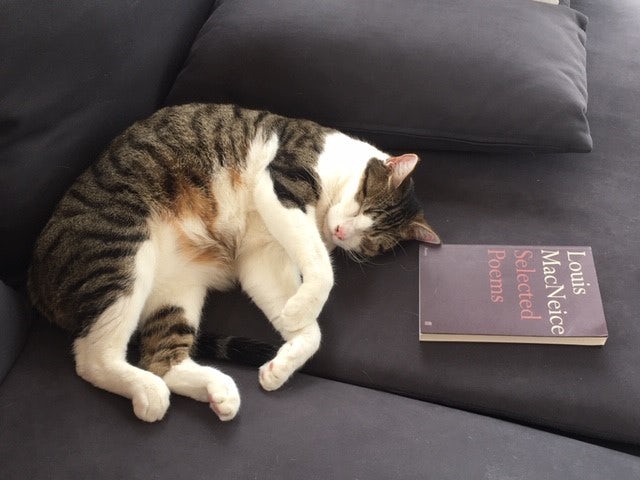 Osborne Clarke partner Jane Park-Weir shares her chickens with us: “The brown one is called Dorothy (my husband named her after my mother), and the speckled one is called Jemima (my four-year-old named her after Jemima Puddleduck – he doesn’t distinguish between fowl). We have a third called Priscilla (named after my mother in law) though she is more of a lone wolf and not a great fan of cuddles. They are extremely curious and are not used to me being in my home office so often; they like to wander in, though possibly only to look for food…” 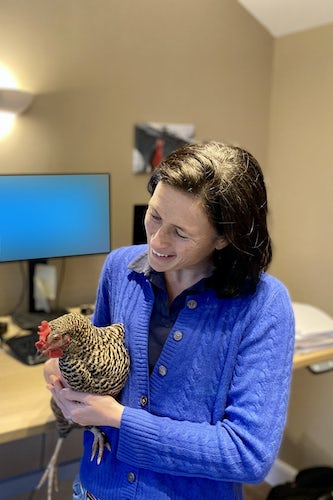 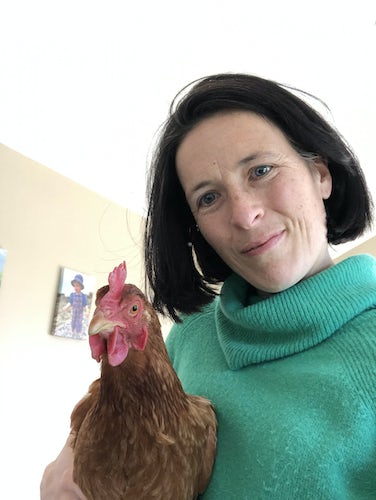 Will Christopher, a partner in Kingsley Napley’s dispute resolution team, has been streaming live DJ sessions with house music from his garden shed since the start of lockdown.

It began as Will had worked out how to stream good quality audio so his band could continue to work on tracks remotely – and as he already had a captive audience who might enjoy a regular performance, he set up a weekly streaming slot on Friday nights. Will loves to DJ so couldn’t resist the opportunity and now has a loyal band of listeners that include colleagues, clients, insolvency practitioners and other litigators as well as listeners from all over the world.

Tune in to DJ Vinyl Messy’s live stream on Friday nights at 8.30pm – or catch his earlier sessions below.