Keir Starmer: 25 years of coverage in The Lawyer

29 August 1995: Starmer’s first mention in The Lawyer, as a junior barrister of some eight years call, cited in a list of some of the profession’s leading advocates: “Instructed in a wide range of civil liberties cases and a very good specialist in this expanding area for lawyers and barristers.”

He will get regular name-checks in future list of “ones to watch”. In November 1996 he is noted one of a crop of the most promising juniors alongside others who will go on to great things, including Rabinder Singh and Michael Fordham, both now judges, and Dinah Rose. In November 1997 his peers say he is “a radical with a good reputation”. By 1998 he is described as “head and shoulders above everyone else”.

1 October 2001: Starmer is quoted in The Lawyer for the first time, talking about the implementation of the Human Rights Act the year before.

“The predictions of what a catastrophe it would be last September just haven’t come true,” he says. “The courts haven’t been bulked out by unnecessary cases.”

“I think in the first year the judges have done pretty well,” he adds. “It’s been hard. Inevitably, having grown up in a common law system, it takes some adjustment. Of course, there are judges who are truly committed to human rights jurisprudence, and they have dragged the others along.”

15 February 2005: He has already made The Lawyer for a number of human rights and public law cases, but in 2005 we reported on one of Starmer’s most famous victories. Alongside Mark Stephens, he acts for the pair of environmentalists who took fast food chain McDonald’s to court in the ‘McLibel’ trial, sensationally winning an appeal in the European Court of Human Rights against the British government.

Lasting over a decade, it had been the longest British libel trial ever.

20 June 2005: Working pro bono, Starmer is instrumental in overturning the mandatory death penalty in Uganda and saving the lives of 417 people.

14 May 2007: The High Court of Malawi declares the death sentences on all prisoners on death row unconstitutional in a landmark judgment that spells the end of the automatic death penalty. Starmer is once again involved. 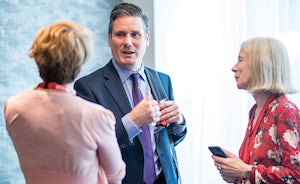 25 January 2010: By now Director of Public Prosecutions (DPP), Starmer is interviewed by The Lawyer and speaks of his desire to take the Crown Prosecution Service on “a journey into the 21st century”.

“I said I didn’t want power breakfasts or I didn’t want lunch with senior members of ­management. I wanted to meet the staff face-to-face in small groups in which they sat down and talked to me,” he says. 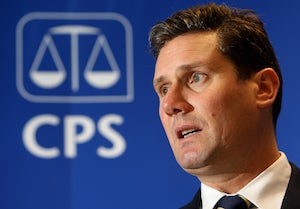 1 June 2010: As DPP, Starmer is one of the few public sector lawyers who earns more than the Prime Minister – in the region of £195,000 to £199,999. Most of the coverage of him in the The Lawyer during his time as DPP relates to the Twitter Joke Trial and the Hillsborough Inquiry.

10 April 2015: Departed from the role of DPP, The Lawyer covers Starmer’s successful bid to enter Parliament. Shortly afterwards, Labour party activists set up a grassroots campaign to encourage him to stand for the Labour leadership. He declines. 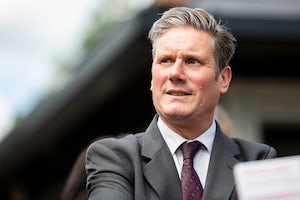 24 July 2017: The Lawyer reveals Starmer is to join Mishcon de Reya as a legal adviser. The talks were abruptly ended after he came under intense pressure not to advise the firm, with one Conservative MP accusing him of a conflict of interest.

15 January 2020: Starmer wins the support of more than half the Labour Party’s lawyers in Parliament as he stands to become Labour leader.